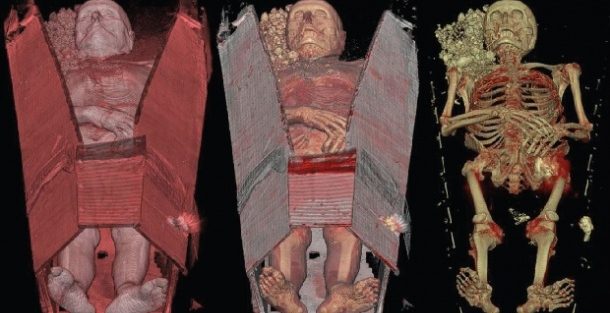 Postmortem examination by means of computed tomography and other imaging techniques is still a novelty in many countries. But at the forensic institute of the University of Zurich, Switzerland, scanning the bodies is daily routine. By Irène Dietschi

The man’ s body, after being exhumed from the cemetery in the early morning hours, was brought to the Institute of Legal Medicine at the University of Zurich around 9 a.m. The coffin was admitted through the wide entering gates on a trolley, pushed through the hall, where mortuary fridges are arrayed along the wall, and brought straight to the adjoining imaging section of the institute. There, the body underwent a complete CT scan. It took no more than Business ten minutes to push it through the wide opening of the SOMATOM Definition Flash, thereby virtually cutting the body into thousands of razor-thin slices. All this while the man’ s body remained in the coffin (Fig. 1).

Hours later, PD Christian Jackowski, MD, a 35-year-old forensic examiner and Head of the Postmortem Imaging Center Zurich with a keen interest in research, is sitting at one of the large computer screens examining the three-dimensional CT images for diagnostic insight. He’ s rotating, changing perspectives, focusing, switching colors, zooming into particular areas of interest. In short, Christian Jackowski is assessing the man’ s body under strictly forensic aspects. “There are many things we see a lot more clearly in a computed tomography scan than in a normal autopsy,”he says.

The CT scan, Jackowski explains, is especially helpful for screening the skeleton: fractures, tumors, cysts, foreign objects such as nails, screws, plates and other surgical elements, but also projectiles, pieces of blades and other evidence of crime. Other important findings are gas embolisms that have formed within the body. A lesion of the head or at the throat, not necessarily dangerous as such, can provoke the entrance of air into a blood vessel; if the air collects in the heart and is pumped in to the pulmonary artery from there (Fig.2), the person can die. “This is easily visible in a scan, whereas you’d hardly find it in the autopsy,” says Christian Jackowski. “Because as soon as you dissect the heart, the air is gone. And if this was the cause of death, then the main evidence is gone, too.” The forensic institute at the University of Zurich installed the SOMATOM Definition Flash in September 2010, along with other high-tech imaging equipment such as a 3T magnetic resonance imaging scanner. A generous legacy made those acquisitions possible. Whereas only about a third of the 500 to 600 bodies which are examined here per year undergo MRI examination, CT scanning has become routine procedure for all the bodies. “CT definitely yields an added value before the bodies are actually autopsied,” Jackowski explains. The Siemens Dual Energy scanner has a couple of specifications that matter significantly in forensic medicine. The gantry opening of 780 millimeters, for example, is wider than in most CTs, allowing for obese cases or fire victims with their often typically splayed limbs. The extended field of view the scanner offers also includes the entire bore diameter into the reconstructed images so that the ‘entire’ corpse can be reconstructed and no peripheral parts are missing. That is also true for the z-direction. The entire length of most cases can be scanned without changing the position of the corpse as the z-scanning range allows for a length up to 2 meters.

Another forensically important feature is the capacity for measuring higher radiopacities: Whereas in a regular CT the Hounsfield unit scale ranges from –1000 HU (air) to 0 HU (water) up to +3000 HU (denser than bones), the extended CT`s scale ranges from –10,000 HU to +30,000 HU. And while the extended Hounsfield unit scale is less relevant in a clinical setting, it makes a big difference for the forensic examiner. Why? “Because we can picture foreign material such as dental fillings three-dimensionally without any artefacts,” says Christian Jackowski. This function is especially important for identification processes (Fig. 3) . Furthermore, the extended scale delivers crucial information in cases of shootings, because, not only does it allow the detection of projectiles, it also enables the specialist to determine precisely the dimension of a projectile, its caliber as well as the amount of metal it contains, thereby delivering the police vital information which could lead to the solution of a case. Jackowski says he and his colleagues are very proud of their SOMATOM Definition Flash because it has yielded many additional benefits to their field. In one particular case, he recounts, the CT revealed the tip of a blade which was stuck in the depths of the spine. A small piece like this would most probably have been overseen in the postmortem examination. “But the tip was important because the police could match it to the rest of a knife which had been found with the suspected murderer”, says Jackowski.

Added Value, but no Replacement

Do all these advantages mean that scanning the bodies will eventually replace actual autopsies? Christian Jackowski shakes his head. “It would be wrong to play imaging technologies off against the postmortem examination. CT is not a competitive factor but an additional benefit to the procedure as a whole. And CT images, no matter how impressive they are, remain images, generated by the computer. They represent reality, but they are not reality.” No doubt, CT has certain advantages over the autopsy – but vice versa, too. “There are many findings where autopsy is superior to imaging,” says Jackowski. The reason for this is because an experienced forensic examiner uses all his senses to obtain the findings, not only his eyes, but also his hands and fingertips, his nose, even his ears. To discover a pulmonary emphysema, for example, his sense of touch is required. Other findings are characterized by certain sounds – cracking, sizzling and many more. If someone was intoxicated, the body yields certain smells which the forensic doctor unmistakably recognizes. All this is vital for the forensic work, Jackowski explains. “Replacing autopsy by imaging would mean to put on glasses which allow a better vision of certain things, but at the same time to give away all the other senses. This is clearly not an idea we pursue at our institute.” In Christian Jackowski’s view imaging is a strong partner of autopsy. Both methods should mature jointly, he says.
Compared to other countries, Switzerland is well equipped with forensic CT machines – besides Zurich there are two more university institutes, in Berne and in Lausanne, which own one each. In Scandinavia CT is also widely used for forensic purposes. Some post-mortem CT scanning is done in the US, Australia, Germany, Japan and France too. But in most other countries, postmortem imaging remains a novelty. The technology, it seems, still has a large growing potential in forensic medicine. 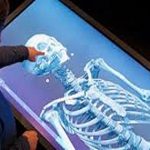 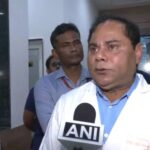 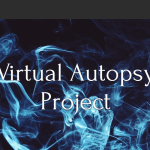